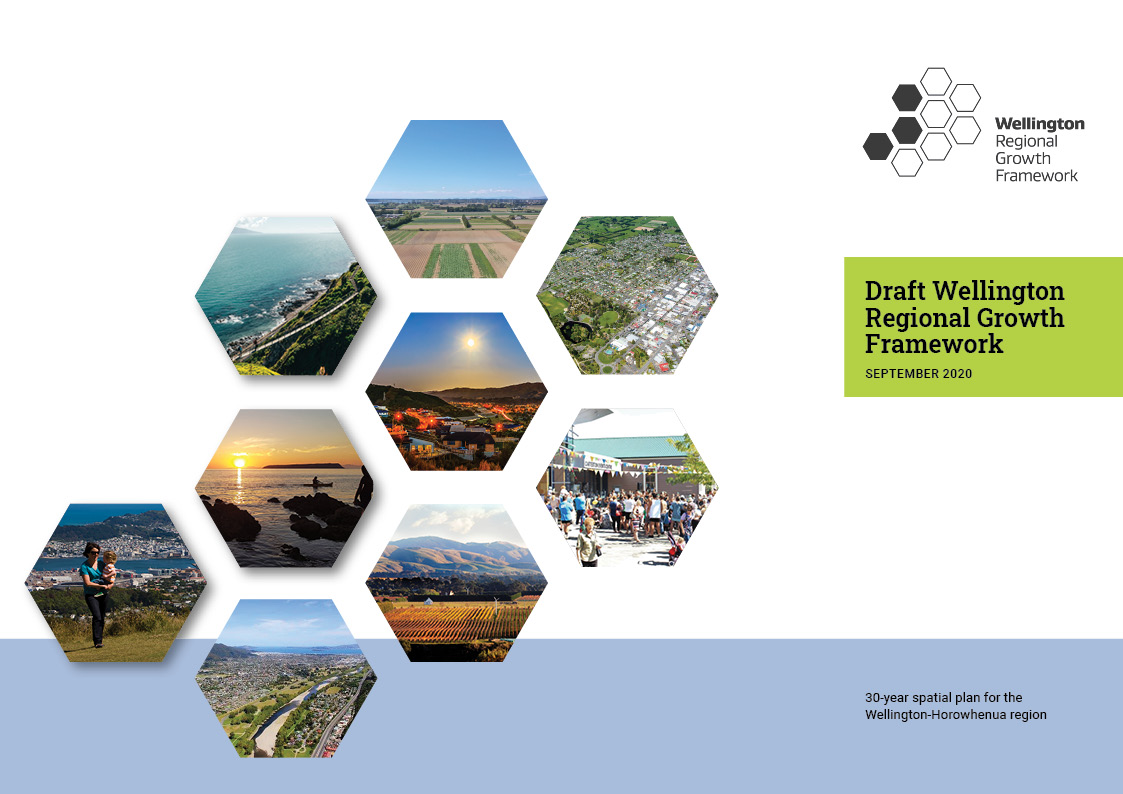 A draft blueprint for regional growth in the Wellington region (including the Wairarapa) and the Horowhenua over the next 30+ years envisages a region which could accommodate another 200,000 people living in it.

Project Director Kim Kelly says planning for this sort of growth helps take a long-term perspective in responding to challenges and opportunities that are already evident. “We’re currently facing issues around housing, infrastructure investment, employment, transport, and the environment. The Framework gives us a way of looking at these things and planning for the future across a much wider geographical area.”

She says local government, central government and iwi partners have been working on the draft Wellington Regional Growth Framework for the past 18 months and are currently going through a formal process to endorse the draft with the view to consulting on it with the community next year.

“We’ve looked at the great work that’s already being done around the region, where the challenges are, and worked through some different scenarios to determine what we need to do to make the most of this growth opportunity,” she says.

Mayor Wayne Guppy, Chair of the Wellington Regional Mayoral Forum says developing a regional Framework is a massive undertaking, and probably the reason why it hasn’t really been done on this scale here before.

“This is the first time the Wairarapa- Wellington–Horowhenua regions have joined together to plan for the future providing real benefits from a housing and employment market point of view. We have come a long way in working together and with iwi and central government in a way that will prosper the region.”

“We have some very significant challenges we’re dealing with as a wider region. We’ve got a housing crisis, there’s a squeeze on our public transport, and climate change is starting to have a significant impact on our environment. It’s better to deal with these things collectively, across local government boundaries, and tackle the issues head on.

“The Framework has given us a once in a generation opportunity to get our planning right,” says Mayor Guppy.

He says the key areas identified in the draft Framework are:

Ministry of Housing and Urban Development Deputy Chief Executive Place-Based Policy and Programmes, Brad Ward, says the Framework is one of a number of spatial plans that are being developed around the country under the government’s Urban Growth Agenda.

For Waka Kotahi NZ Transport Agency, the interest is in how transport best connects where people live and work.

Emma Speight, Director of Regional Relationships, says these are not simple issues and it’s important to have a regional long-term view to make sure transport investment supports growth and enables quality urban form, supporting a shift to more travel by active modes and public transport. “It’s not just about roads, it’s about enabling a range of transport choices, connecting people, and bringing communities closer together,” she says.

Helmut Modlik, Chief Executive Officer of Ngāti Toa Rangatira, one of the iwi involved in the development of the Framework, says kaupapa principles (ki uta ki tai, wairuatanga, kaitiakitanga, tō mātou whakapono and mahitahi) have informed the development of the Framework. “It’s important when we’re looking to the future to have a region where mana whenua and cultural histories are represented in urban spaces. It’s also critical that we face up to the issues around housing affordability that are particularly impacting on our Māori population and actively look for better outcomes for our people.”

Agreement to consult with the community on the draft Framework is currently being sought from the partners. That community consultation is likely to happen in the first half of 2021.

For a copy of the draft Framework, more information and FAQs visit www.wrgf.co.nz.